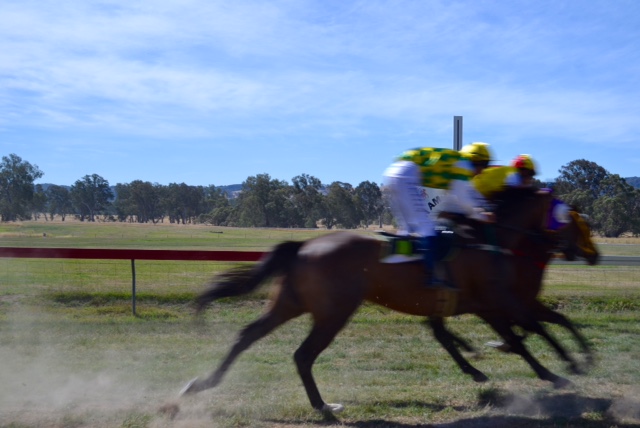 Against the rails, among the gum trees, in north-east Victoria

This article first appeared in The Age, 10 January 2009. I’m pleased to report that the Merton Races are still going strong.

Travel through the Yarra Valley, heading north-north-east. Beyond the Great Dividing Range and the towns of Yea and Yarck, not far from Bonnie Doon, there’s a little place called Merton.

Known as the gateway to the snowfields, Merton is a general store with petrol pumps, an airstrip mown through a neighbouring paddock, a scattering of farms, and a race track in an open field that has been home to a racing club since 1865.

Merton’s annual race meeting is held on the first day of each new year. Half-a-dozen horses burst from the barriers shortly after lunch to run the first of six races…