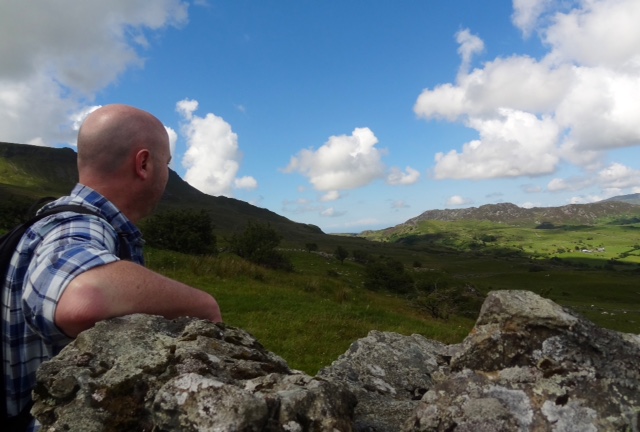 Not long ago I received a letter from a 22-year-old male just back from 10 months on the road. He’s now lost, lonely and depressed.

He has travelled widely and well: six months in Europe and four months in Asia. He has climbed the Swiss Alps, hitched around Ireland, sped from Rome to Amsterdam on trains as fast as bullets, and travelled down the Mekong on a boat the size of a bathtub. He has done it all.

More than that, he is something of a poet. His words reveal an inner world that is sensitive and real. He has travelled with a thirst for knowledge and a degree of self-awareness uncommon for his age. He went to learn. He went to grow. Now he is home and homesick, befuddled and confused.

He is writing letters: long, intense letters seeking solace and advice from anyone and everyone who has been away and returned again to an ordinary life.

He calls himself a nomad “of the spirit, if not literally”. In the margins and the spaces between his flowing script, he draws solitary figures, footprints and the moon.

What can I say? Trust yourself. Go gently. The soul catches up, eventually.

I went away myself, years ago, and when I came home nothing was the same: life was elsewhere; I couldn’t see a thing. My yearning took me miles away and left me stranded in a fog. One night, back in Melbourne, a taxi driver told me: “Wherever you go, mate, that’s where you are.”

And that was how it started: the road home; the willingness, at last, to see for real what lay at my feet, at that time, in that place. To travel at home.

So I’ll tell my correspondent this: paradoxically, nomads make the best homes.

The great, great travellers I’ve met in my life have almost all settled down in the city of their choice and made lives for themselves: got work, entered relationships, found a house and built a life made larger by informed and conscious limitations on their absolute freedom.

The process is not without its difficulties and its doubts, its false starts and re-starts – but, bit by bit, piece by piece, nomads make their home.

Being a traveller is reflected in how you go about your work, how you treat strangers and stray dogs, and how you apprehend the world and share it with your neighbours. Small stuff – but, really, the big stuff.

And if you accept this as true and set to work on it with an open mind and a generous heart, then an ordinary life is neither resignation nor a pale second-best. It’s a new form of travel.

Pretty soon you’re bumping into people – in bars, in the street, on trains or at the footy – who share this modest knowledge and have had the experience of it, too. So be ready: for the great moment is always more or less at hand.

In 1910, the Nobel-Prize-winning German author Hermann Hesse wrote a letter to a young poet who had asked Hesse to assess his poetry. Hesse thought the young man’s work was pretty good, and said so, but he cautioned against making too much of being a poet.

Hesse wrote: “Perhaps after a while you will find quite by yourself that for you poetry is dispensable – not in order to make a base peace with mediocre ideals, but to gain for yourself in other fields that nobler, more worthy, more inspired kind of life to which you feel yourself called.”

That’s what I’d tell my earnest friend: perhaps he will find, quite by himself, that travel is dispensable – not in order to make a base peace with mediocre ideals, but to gain for himself in other fields that nobler, more worthy, more inspired kind of life to which he feels himself called.

Will this make him happy? Not always. Will he be ‘found’ at last? Not really. Will that matter? No.

His journey – his real journey – will be underway. And that will be reward enough.