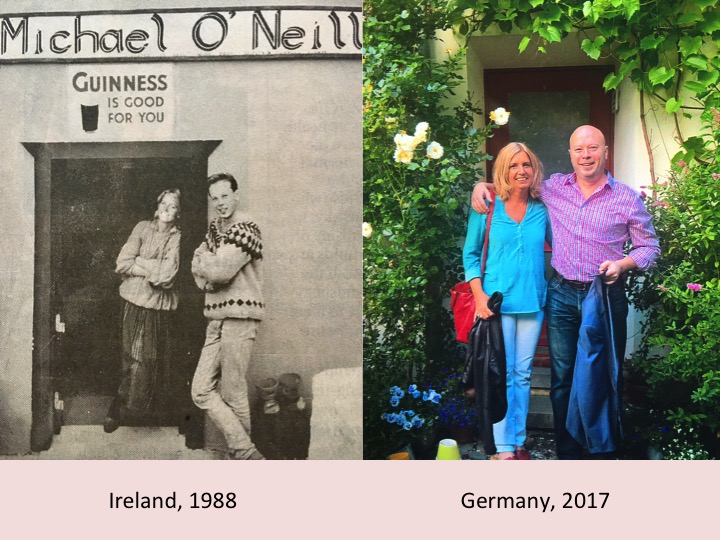 With thanks and praise for friendships that transcend time and place

Germany was never high on my list of countries to visit. I knew two things only about Germany and Germans: a stereotype of German people as disciplined, efficient and bureaucratic; and the darkest chapters of 20th-century history.

I travelled to Germany in search of beer: Oktoberfest 1987. The festival was fun but a cliché of the highest order. I stumbled among the crowded tents, deafened by the noise, my senses filled with the heady fumes of beer and frying sausage.

I didn’t meet a lot of Germans; there was too much going on. I sat at heavy wooden tables, shoulder to shoulder with tourists from America, England and Australia.

Together, we skipped through the festival like stones flung across the surface of a lake. I longed for something deeper but I couldn’t say what, and I couldn’t say how.

The following year, I met Andrea in a youth hostel in Ireland. Andrea was 21, a backpacker from Bavaria. I was 20, preparing to hitchhike the Emerald Isle. 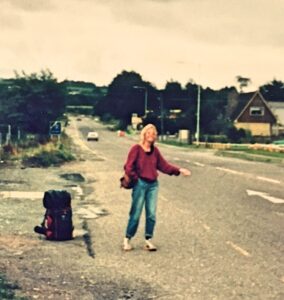 We travelled together. This entailed long periods in the open air, waiting for a passing car.

I came to love those hours: standing in a sea of green, by the muddy edge of a country road, in the fluid light of the Irish sun, indifferent to our destination.

We passed the time between each ride with easy, honest talk.

We looked about and named the world in English and in German: river, fence, flower, gate; Fluss, Zaun, Blume, Tor.*

When I spoke, Andrea listened; really listened. It was the first time I had the sense that someone was straining hard to understand my every word.

To some extent, the strain was inevitable; English is Andrea’s second language. But there was more to it than that, something earnest and respectful.

The effort she made to be fully attentive meant a lot to me. I opened up and told her things, feeling safe to do so.

Like a creature in a shell that has undergone a metamorphosis, I emerged from Ireland in a different and more certain form.

Later, when we exchanged letters across the world, it was Andrea who encouraged me to write for publication.

“Keep it simple,” she advised. “Show me what you see.”

My doubts diminished. My confidence grew. Could a writer want for more?

We are still the best of mates. Andrea lives in Regensburg, an ancient and majestic town on the banks of the Danube River. I have travelled to Germany many times and made friends among her friends.

If it is true that Germans can be difficult to befriend – aloof, perhaps, or guarded – then it is also true, in my experience, that Germans value authenticity and will admit you to their confidence if they believe you to be genuine.

They are like a small door to a large room.

One of our mutual, German mates is getting married next week in Regensburg. My wife and I will be there. Andrea will be there, too, with her partner and their daughter.

The ceremony will be down-to-earth and pleasantly informal. There will be lots of food and a keg of beer.

There are 30 years of stories now between my German friends and me. We are Seelenfreunde. Soul friends.

There is a spirit we awaken when we meet and sit together. It is a source of solace and of joy. I feel restored in countless ways, ready for what’s next.

Main image: Andrea and Paul, in doorways; 1988, 2017
Image insert: Andrea, thumbing a ride; County Cork, Ireland, 1988
Images below: A postscript! During my 2018 visit to Germany, Andrea presented me with a hitching sign that we once shared in Ireland, 1988: my handwriting on one side of the sign; Andrea’s, on the other
* All nouns are capitalised in German 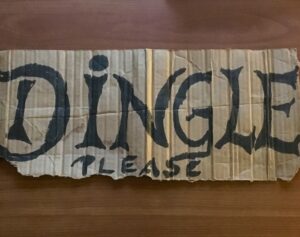 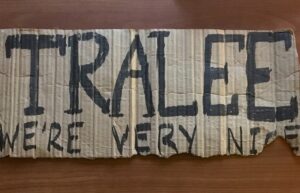